The underlying premise is, of course, that the tiny portion of trace gases that is human generated (see graph at end) is warming the planet, and furthermore that actions by countries like New Zealand and Australia (with a combined contribution of about 1%) will avert the consequences of this warming, assumed to be universally negative in effect.

A seemingly essential strategy for proponents of the anthropogenic global warming (AGW) theory is to undermine opposition by, firstly, claiming that the scientific consensus supports the theory (the claim that 97% of scientists agree is still with us, despite having been soundly debunked) and secondly, insulting serious scientists by referring to them as ‘climate change deniers’, and even ‘climate deniers’.  Scientific debate  (‘giving a platform to deniers’) which might expose these fallacies is avoided at all costs.

The opinion piece from Anne Salmond is striking in its lack of restraint, blithely slandering the whole of the considerable scientific body who oppose the UN’s climate narrative.

Anne Salmond relies almost totally on fallacious argument, starting off with an appeal to authority, including her own, i.e. a 2010 letter from 255 fellows of the US National Academy of Sciences, among them herself – an historian, not a scientist.

Her main purpose, however, is to smear the opposition. Repeated use of the childish insult ‘climate denier’ is only one tactic – essentially the article is a monument to ad hominem.

‘As in 2010, these climate deniers seem driven by “special interests or dogma”. None of them has any scientific credibility, although they’re arrogant enough to expect their views on scientific matters to be taken seriously.

‘It appears that they are acting to protect their own political and economic interests, rather than the interests of the wider community, in seeking to thwart action to tackle climate change.’

These offensive claims are breathtaking in their dishonesty.  In New Zealand alone, many senior scientists have been questioning the UN-driven climate narrative from at least 2007 – a considerable number are included in a list of 1000 International Scientists who have made submissions to government and the United Nations to protest the findings of the International Panel on Climate Change.   As Owen Jennings wrote to the editor of the DomPost (16/01/2020):

Other AGW sceptics, now deceased, have included emeritus professor and former Chief Meteorologist with the MetService, Augie Auer, the former Director-General of the DSIR, Dr David Kear, who described anthropogenic global warming as pseudo-science and a hoax, and Dr Vincent Gray, expert reviewer for many years with the IPCC, but who declared its claims to be ‘dangerous, unscientific nonsense’.

Another feature of the piece was the suggestion of culpability: it is, apparently, immoral to question the scientific basis for the IPCC position: ‘those who influence our patterns of behaviour in ways that accelerate climate change’. Anne Salmond was echoing the view presented more bluntly in the DomPost the previous day, that, ‘Australia is a climate-change denier’ and is guilty of the crime of ‘ecocide’.

The implications of the view that debate or dissent in science is immoral, that it should be punishable by law even, are quite disturbing.  Dr Jock Allison, ONZM (for services to science), former Director of AgResearch Invermay, has written scientific papers on, for example, the role of methane in climate, pointing out that methane is a tiny part of the earth’s atmosphere (0.00018 %), with a narrow bandwidth that falls within that of the far more significant H20, and is therefore negligible as a greenhouse gas.  Should Dr Allison be regarded as a criminal simply for doing what scientists do, because the facts he presents do not support a politically driven narrative?

Dame Anne’s prime example of culpability, ironically, relates to the fires raging in Australia.  Certainly climate is a factor – drought and fires are part of the Australian reality (see Bryan Leyland, Australia Has Had Forest Fires for Millions of Years).

In ‘Too Much Fuel Causes Extreme Bush Fires, Not Climate Change’,  Jo Nova points out:

Large wildfires can only occur when there is a combination, at the same time, of three things:

Remove any of these three and you cannot have a large wildfire (= megafire).

It is well known that big contributors to the fires are, on the one hand, the hundreds of arson cases (with almost 100 people arrested in Queensland alone) and on the other, the rejection by Green-dominated councils of proven practices of forest management, such as firebreaks and controlled burning, used effectively in Australia for thousands of years.

‘These fucking greenies and the government. Those fucking wombats who don’t want to burn shit off. Look at this. We’re going to lose all our fucking houses and properties because of you useless pieces of fucking garbage …’ (The Truth About Australia’s Bush Fires, video, 3:00) 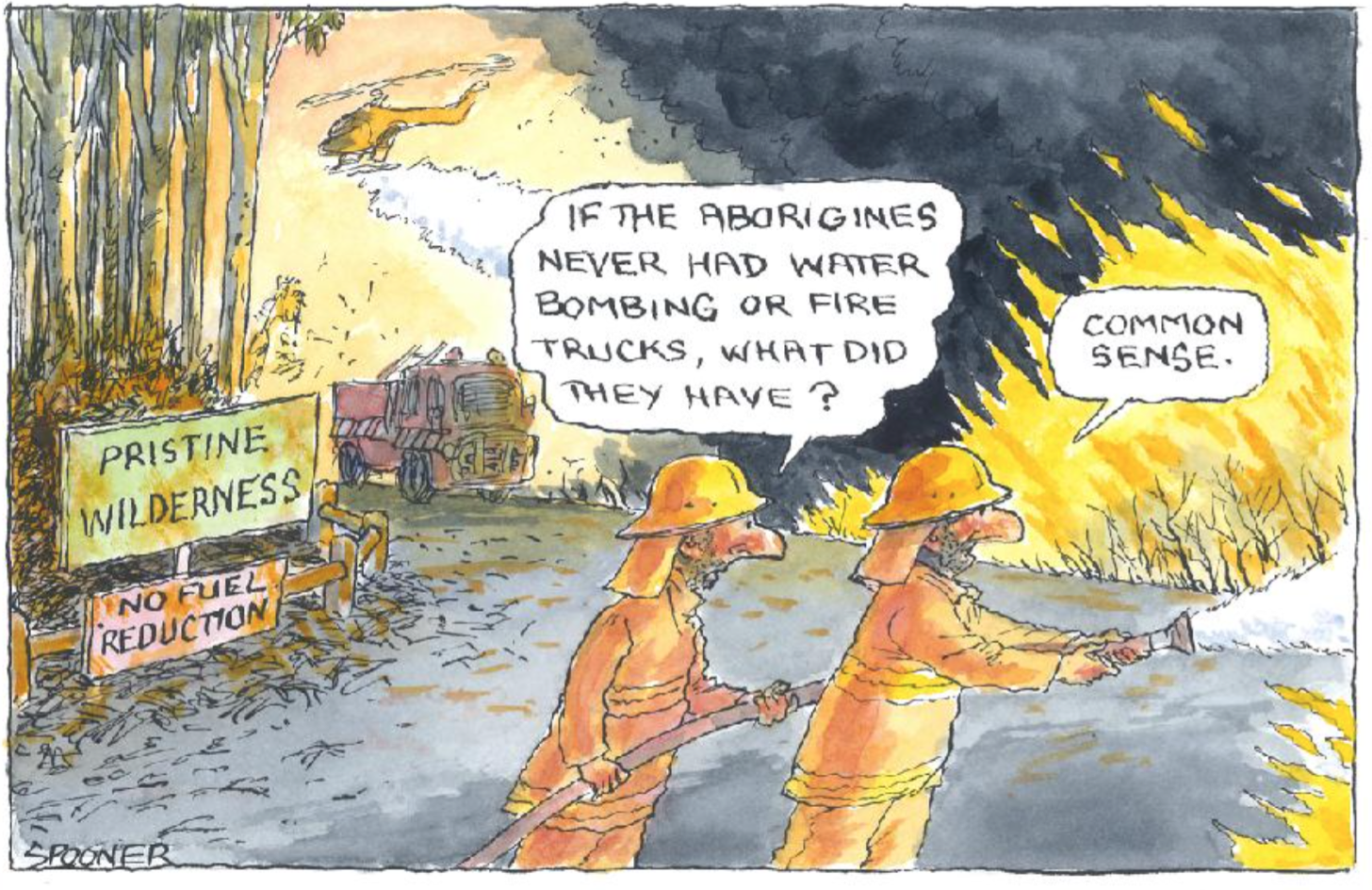 Who is morally culpable, the scientist who studies the nature of methane, or the ideologically driven activist who enforce a policy which is sure to lead to disaster?   It is equally reprehensible to ignore those causes of the fire which are actually within human control, but instead exploit the disaster with a junk-science claim that a zero carbon policy by Australia might have stopped the drought.

Dame Anne Salmond’s opinion piece is a depressing reminder of how science and academia have been corrupted in this country and elsewhere.  It is devoid of academic rigour and judgement, and she has shown no compunction in slandering those whom she sees as political opponents, even when their only crime is to carry out their scientific mission.

Scientists About the IPCC